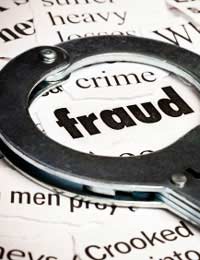 When criminals get their hands on money through illegal means, they need to have a way to get their money “laundered”, which means to have dirty money made clean again. In simple language, that means making criminals’ ill-gotten gains appear legitimate.

One way of laundering profits is for criminals to attain the identities of other people, in order to open bank accounts, get credit cards and write cheques in their names.

This form of identity theft is simple: a way for criminals to make it difficult or impossible to trace their profit trail back to them.

“Where a criminal succeeds in making stolen money look clean this is known as money laundering,” says the Financial Services Authority. “Criminals can then move the money around to conceal where it came from even further.”

How They Do It

All a criminal needs to steal your identity is a few simple facts, such as your bank account details, date of birth and address. From there, it’s easy to set up a bank account or get a chequebook in your name.

That’s not all. The people who steal your identity could even take over your existing accounts, and gain access to your money. In fact, they can even change the address on your account, so that you no longer have access to your paper statements or other correspondence from your bank.

It is estimated the in the UK alone, identity theft costs the economy about £1.2 billion per year. But that’s not the only price we pay.

If you are the victim of identity theft when it comes to money laundering, you could be held responsible – until you prove that you are actually the victim. Sadly, that can be a very difficult and time-consuming process.

Many identity checks are in place to help prevent money laundering identity theft fraud. Under existing Money Laundering Regulations, banks must ensure that they do, indeed, know the identity of the customer before agreeing to open an account in his name - or they can be held responsible as well. These types of checks include:No system is perfect, however, and fraudsters are now employing more and more sophisticated techniques to steal others’ identities. Some of these techniques include:

Money mules are people who, inadvertently or on purpose, transfer money that has been illegally “earned” in one country to another country. Often, money mules are paid a sum to complete the transaction, but sometimes they are unaware of what they are doing.

Don’t let someone steal your identity and turn you into a money mule - or a money launderer. Make sure you shred and dispose of important letters, documents and bills, and never give out personal information unless you are sure why, and to whom.

According to Crimestoppers, you should always ask yourself these three questions before giving out any personal information whatsoever:

Don’t become a victim of money laundering, when so often it is easily preventable. Avoiding becoming an identity theft target is the first step, and can save you months – and even years – of misery.
Next Page

Prosecuting Identity Fraud
Share Your Story, Join the Discussion or Seek Advice..
Hi I'm a a unfortunate victim of identity theft and a host of other injustices. For the most part all started towards the end of 2014. Where my identity was stollen when I lost my wallet and all the credit cards were used. And this was the beginning of what believe or not I'm currently still trying to repair what ultimately has been an ongoing deal. I have been arrested 8 times assaulted permanently injured. Injuries I'm currently still receiving treatment for. I became totally disabled from being assaulted while falsely incarcerated.First by a inmate and on the same day a correctional officer. That tore the muscles in my neck and back from violently snatching me by my neck. This and numerous other unbelievable events have taken place in the last several years. Within the judicial system making it impossible for my family and I to repair our shattered lives. This is real and the statements I make are unadulterated and true. I pray that no individual or family ever have to endure the misconduct and unprofessional behavior that has continued to violate many of our civil liberties and rights.This includes everyone involved from the hired attorney up the latter of command.The problem seems to be that the culprits within the judicial system our the ones that investigate the complaints made against them. One can only imagine what the results are. I can honestly report that it's not been in my or my family's favor. In fact we have been stripped of our parental rights from a judge ruling from the bench. Without any due process or summons to alert my wife and I of proceedings. That resulted in this from lies in falsified reports. And slander along with defamation of character. That this judge used to make this unjust rulings later recusing himself. This only came after not seeing my grandson or daughter for over a year. This andmany otherpreventable crimes from a adult Male against her as a juvenile should have been prevented. Ungodly acts crimes that put individual away for life this countyallowed to go unpunished. All in retaliation against me for standing up holding them to a standard they swore to uphold. This my friends all began from the evidence I have is alot of bad information from the same individual that has committed crimes against my daughter and I. I can report that from all the unfounded along with unwarranted investigations against me by numerous agencies.With no findings of any wrongdoing a solid track record with a stellar performance of what Americans do every day. Better then average report convening my daughter as a single father. From the wire typing and exposing my information to over 85 times in my home and on my property mostly early morning hrs on school and work nights. To corrupt officers and falsified reports. Investigations after investigation. This is what my evidence and timeline revealed the ultimate arrest that was imminent to justify the ungodly expense that this timelessly and reckless attempt produce
Jimmy - 31-Dec-19 @ 7:40 AM
Title:
(never shown)
Firstname:
(never shown)
Surname:
(never shown)
Email:
(never shown)
Nickname:
(shown)
Comment:
Validate: