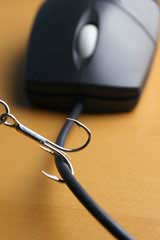 You may easily wonder why someone would want to steal your identity, and most people think the answer lies in illegal financial activity. That is usually the reason behind this rapidly spreading crime, but not always.

Identity theft is a crime with tentacles that reach out to squeeze many aspects of our lives. It is a criminal offence, but the goal is not always for financial gain. Fraudsters who steal people’s identities do it for other reasons as well, such as to facilitate illegal immigration and even to instigate terrorism, or cover up terrorist activities.

Other reasons people commit the crime of identity theft include to have the right to work with children, to commit bigamy, to cover up a poor financial background and to drive despite being disqualified.

Despite this, it is estimated that almost 80 per cent of all Britons are careless with personal details that a fraudster could have a heyday with.

That includes 19 million households binning sensitive information regularly, and one-third of us throwing away important documents such as driving licences and passports, as well as utility bills.

Here are just some common types of identity theft, although the actual list is a lot longer…

While financial identity theft is no doubt the most common kind, any crime of this kind can have devastating effects on an individual. Protect yourself by knowing how to keep important information about yourself secret.

Your personal details are valuable, and when they fall into the wrong hands, untold damage can occur. Using credit cards wisely and not sharing your PIN numbers, taking care with your post and protecting your computer are all ways we can keep sensitive information safe - and stop identity theft in its tracks.