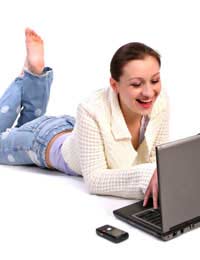 When they first came to prominence social networking sites were hailed as a way for people from all over the globe to communicate with each other and for cultures to mix and new friendships to be formed.

In the midst of this however the identity fraudsters have honed in on a way of stealing the identities of those using social networking sites and using them for purposes that are not altogether legal.

What is a Social Networking Site?

Social networking sites are sites dedicated to the introduction of individuals from all over the globe. Their purpose is an honest one - uniting cultures, races, colours and creeds in a way that enables all to interact and to form bonds and friendships from a distance. These sites - and there are now many of them - offer users the opportunity to chat in real time with individuals on other continents as well as being able to see them using webcams. They also offer the user the chance to share their favourite photographs, music and video clips at the click of a mouse.

Everyone is the short answer. Age, colour, creed and destination is no object hence the fact that people are forming friendships and striking up conversations with people from other continents or with people living near to them. Some social networking sites offer membership to adults only - mainly because of the content - but there are sites that are designed specifically with teenagers and young people in mind.

However it is important to remember that an identity thief will not concern themselves with age or colour and if there is sufficient information available they will target anyone.

If I Join a Social Networking Site What Information Should I Give?

When joining a social networking site there will be a series of compulsory questions that must be answered. These will include:

Depending on the site the questions may vary but the aforementioned are the most common questions.

When you join a social networking site, after you have filled in the compulsory questions you will be asked for additional information. You should exercise caution when filling out this section.

You should avoid giving details of your home address, your telephone numbers (landline and mobile), email addresses, where you went to school and where you work. This information - if filled in - is fodder for the identity thief.

Avoid discussing publicly the area you grew up in as this can used by an identity thief to check electoral registers especially if you specify a year.

Most people using social networking sites display photographs of themselves and their friends. Although this is totally acceptable you should be aware that anyone on the other end of a computer has the capability to save and reproduce any photograph you publish on the World Wide Web. With this in mind it is worth noting that individuals have been impersonated using information from social networking sites as they have displayed information relating to who they are, where they live and also displaying an up-to-date photograph which can be reproduced and used for purposes of photographic ID in those regions that require it as proof of identity.

Most social networking sites have their own chatrooms in which members of the site chat in real time about almost any subject. You should be aware that if you enter such a chat room you might well be asked questions as to where you live, what you do for a living and what is your name? If you are asked such questions in a chatroom you should decline to answer as is your right. Don't be bullied into answering questions you feel uneasy answering.

It is important to remember that social networking sites for the most part are filled with people simply looking to make new friends but you should always be weary of anyone who asks questions above and beyond what you would ask yourself.